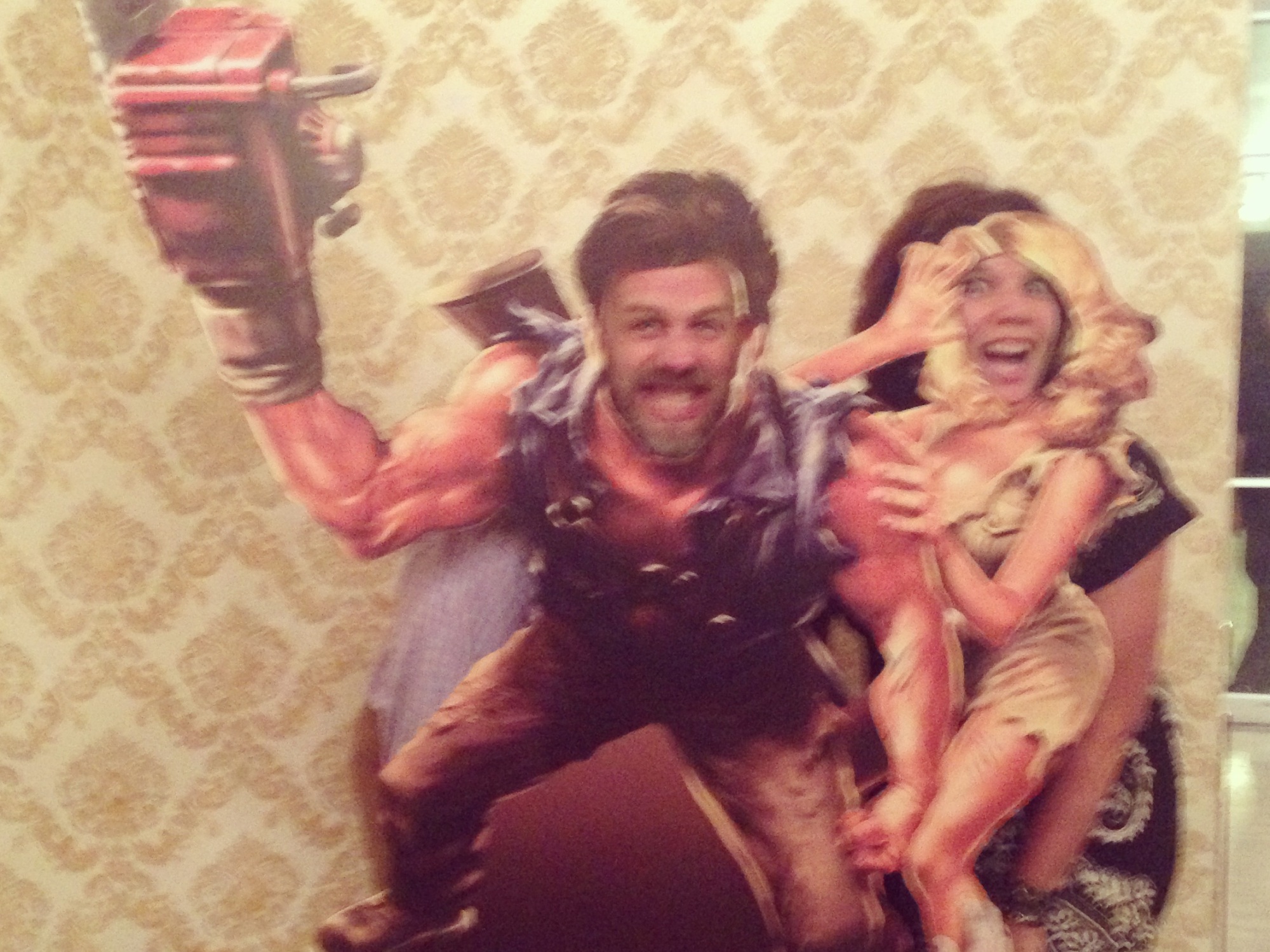 I’ve been on a kick of going out and having some Adult Nights with Dear Hubby and friends, so last night we ventured off to the theater. Over the course of the years, I’ve been a subscriber to the Opera, Broadway Across America, and various symphony orchestras. With the kiddos and increasing cost of babysitters, we’ve settled in to just going to shows that we want to see. Last month it was Annie with the kids.

The original movie concerns some college kids in a cabin in the woods where they uncover the Necronomicon Ex-Mortis — the Book of the Dead. After that, rubber monsters, copious amount of demons, and blood appear. And, of course, all brilliantly acted by B-movie mogul Bruce Campbell.

If you are not familiar with Sam Raimi’s B-movie masterpiece, you are in for an…um….interesting night at the theater. I, however, own a DVD copy of the film wrapped in a replica of the Necronomicon, and the director’s cut DVD of final installment in the series: Army of Darkness. So I was ALL about this theater production.

I wasn’t ready, however for the SPLATTER ZONE.

Yes, that’s right. At the esteemed Parker Playhouse in Fort Lauderdale, rows A-E were declared the splatter zone. They sold ponchos. This was serious. 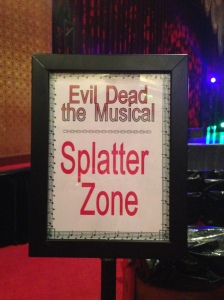 We were row J, so safe from blood splatter. I could tell it was going to be an interesting night, based on the 80’s hair metal blaring before the show started, and the very liberal and loose drinks in the hall policy. Glancing through the Playbill, I was giddy looking at the song titles.

The song I was most looking forward to, “What the F*ck was That?”, didn’t disappoint. It was a Tango! Other noteable song titles included “Ode to an Accidental Stabbing,” “Do the Necronomicon,” and “Blew that Bitch Away.”

I’m pretty sure that this show won’t ever win a Tony, but overall, we laughed our asses off during the show. It was filled with every music theater gag you could think of, and I was very happy that they stole the best lines from Army of Darkness and worked them into the musical. The only thing that would make this better would be so see it with a Bruce Campbell cameo. (Hey Bruce, next time you’re back in SoFlo call me. No one needs to know. Rockstar-Supermom’s promise.)